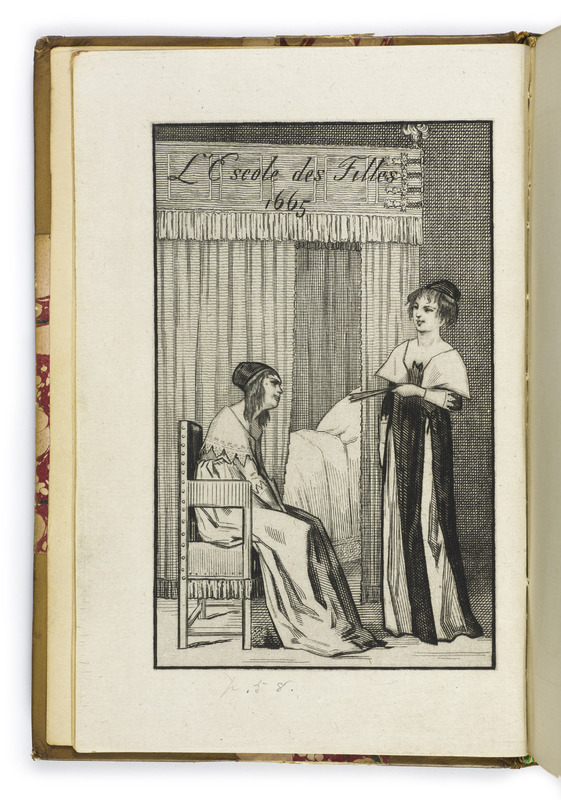 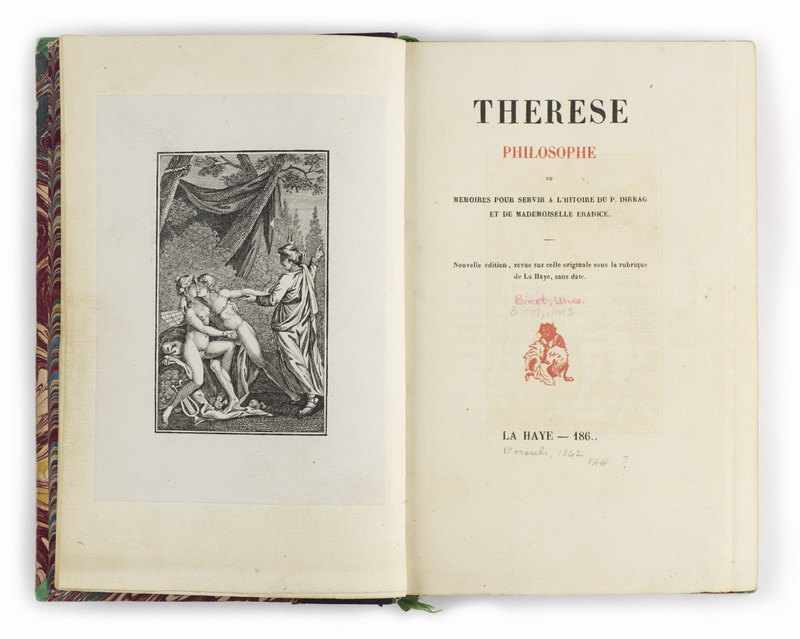 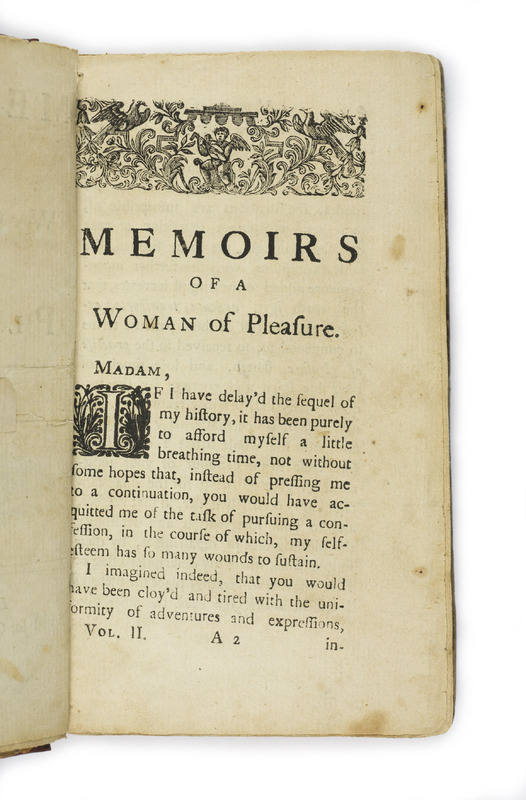 Text of Attorney General of Massachusetts v. A Book Named "John Cleland's Memoirs of a Woman of Pleasure" 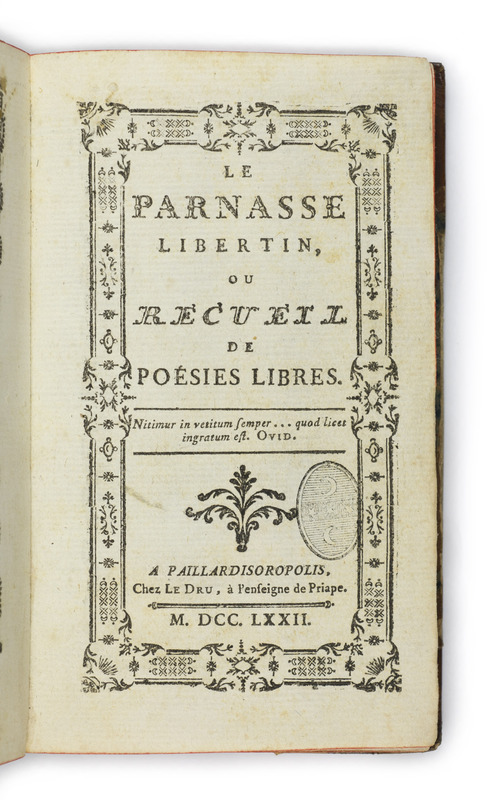 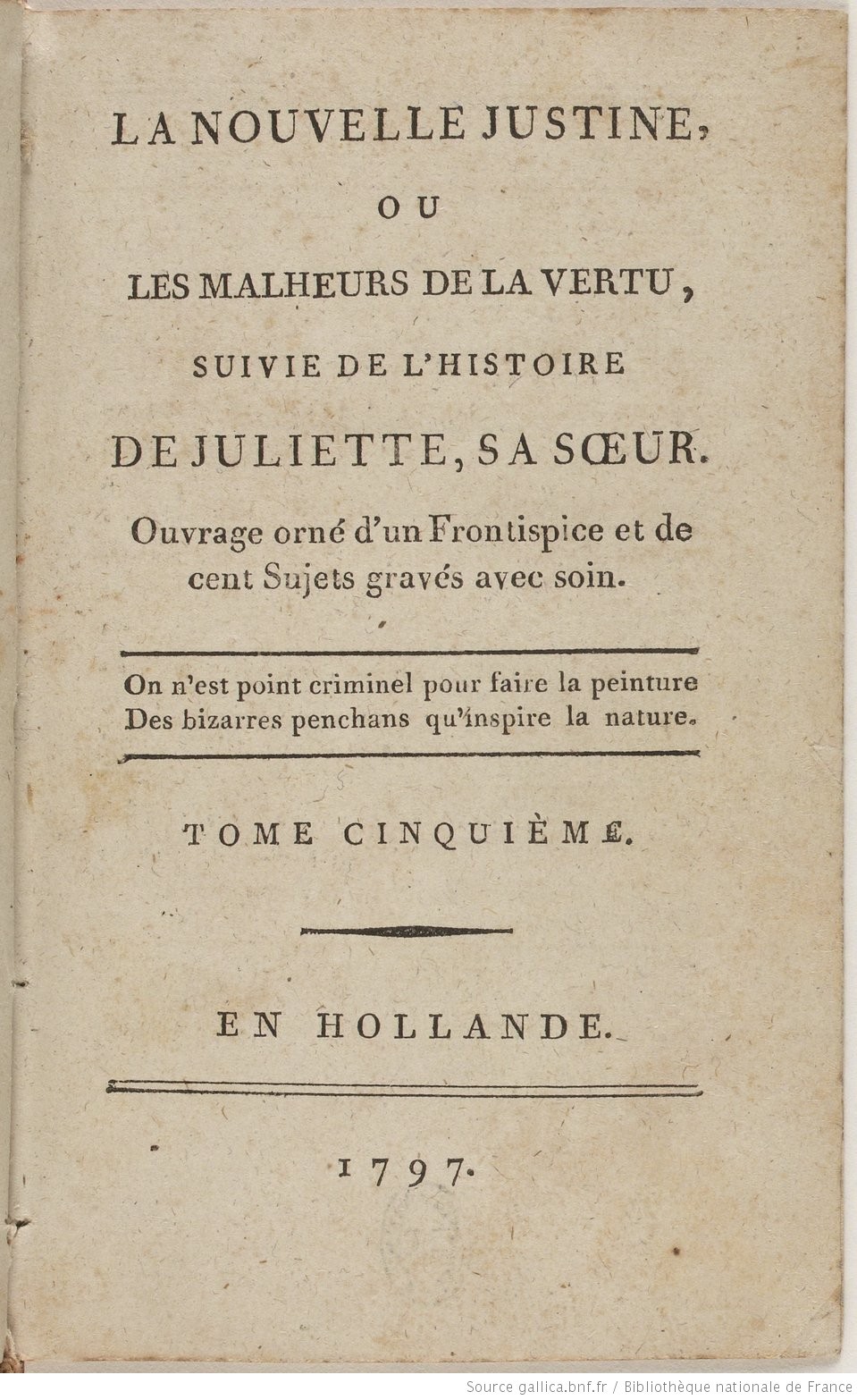 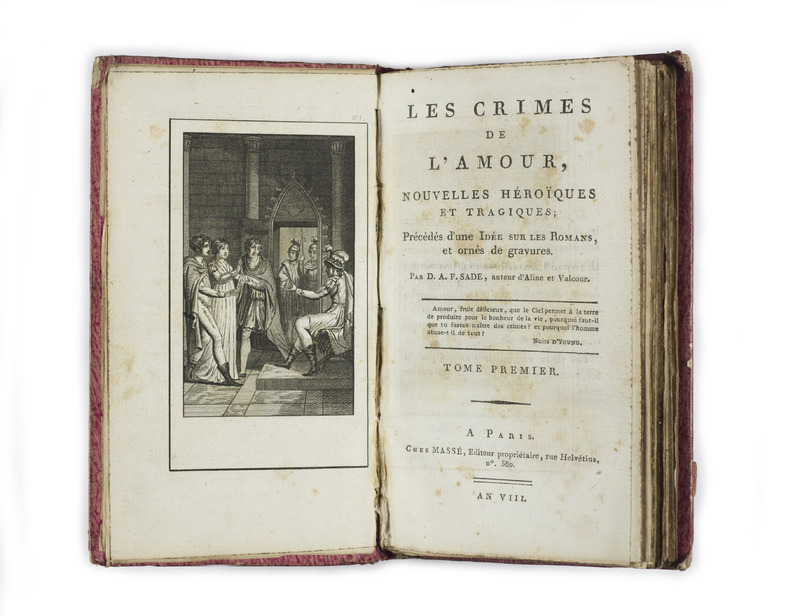 The eleven “Heroic and tragic tales” collected in the four illustrated volumes of The Crimes of Love, legally published in the year VIII of the French revolutionary calendar (1800), are far less transgressive than Sade’s other novels, such as Justine and Juliette. In the first volume of The Crimes of Love, exhibited here, the tales are preceded by an essay bearing the title “An Idea about Novels,” in which the author roughly survey the history of fiction in order to justify the supposed morality of his own novels. In this essay, Sade falsely denies being the author of Justine, which, since its first clandestine publication in 1791, has rightly been attributed to him. The quotation on the title page is an unfaithful adaptation of a translation of The Complaint, or Night Thoughts (1742-45) by Edward Young. Sade’s version may be translated as “Love, delicious fruit that Heaven allows earth to produce for happiness in life, why must you create crimes? and why does man abuse everything?”