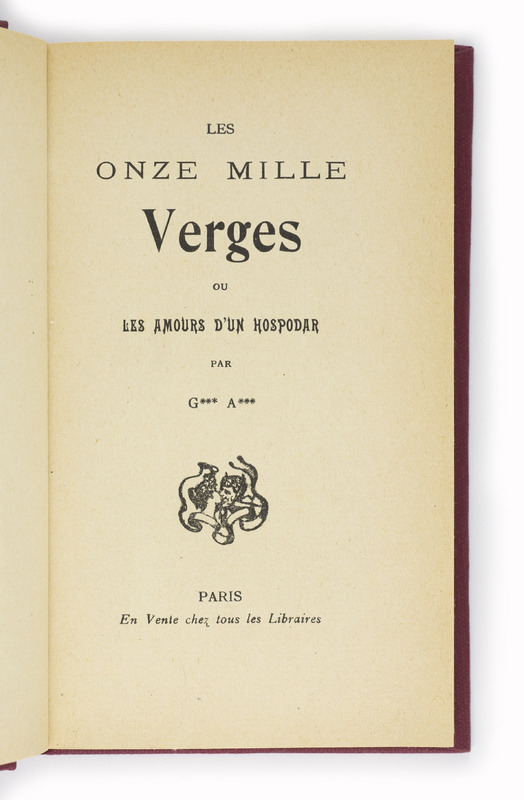 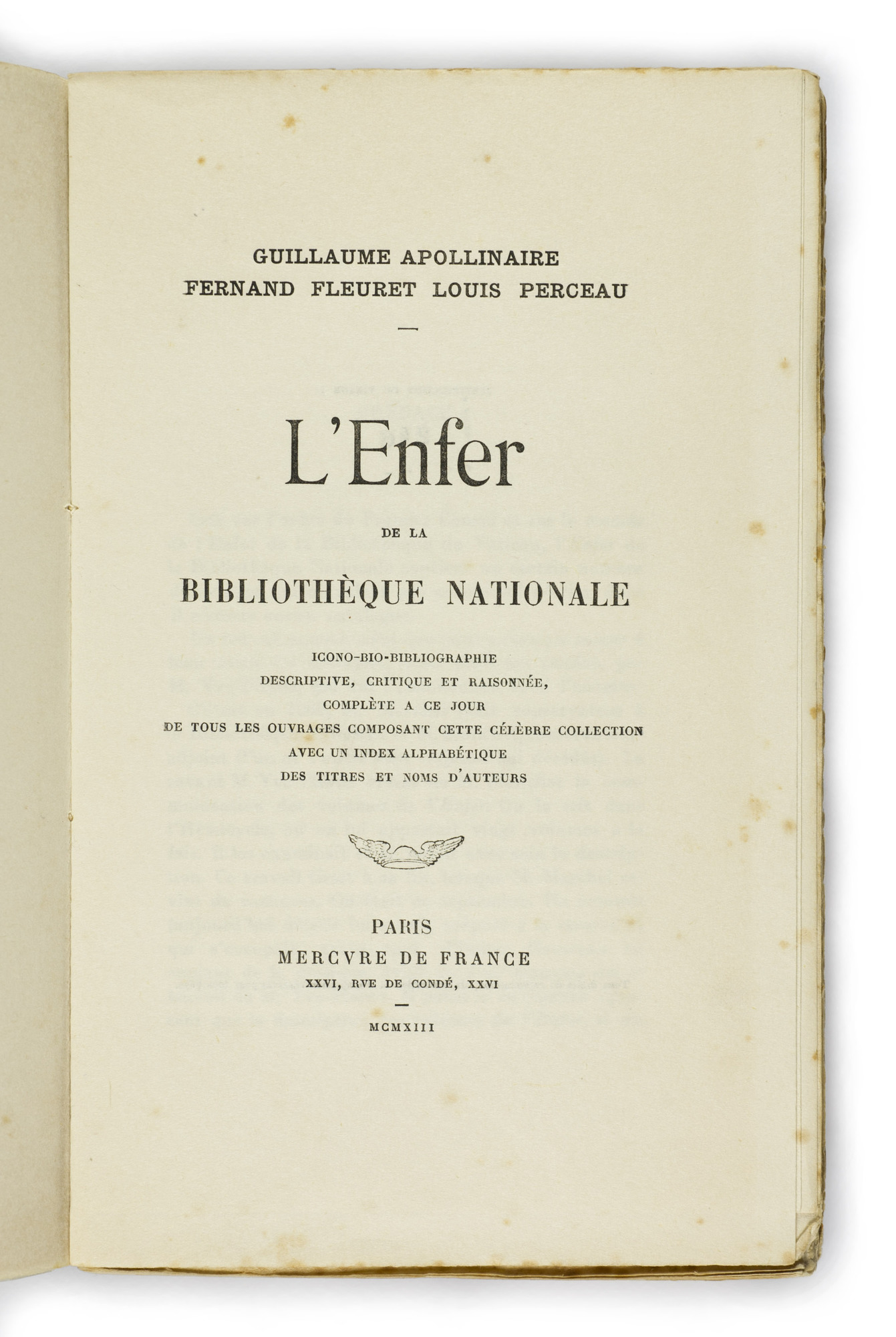 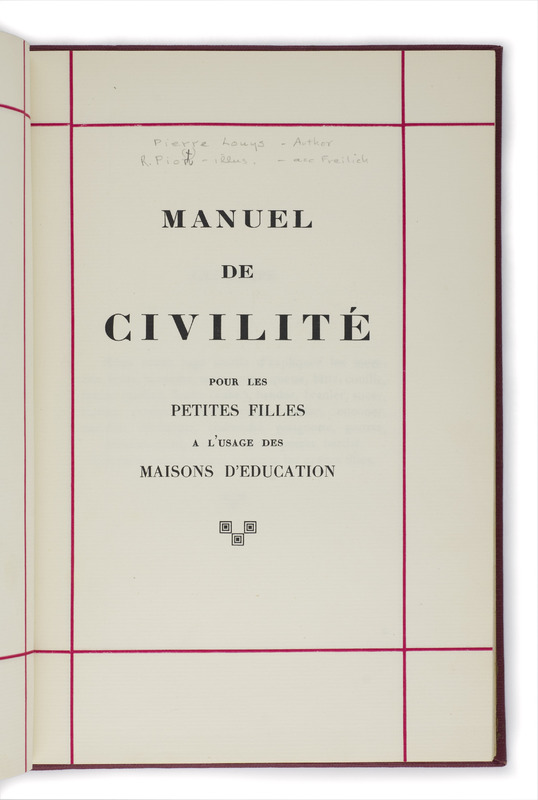 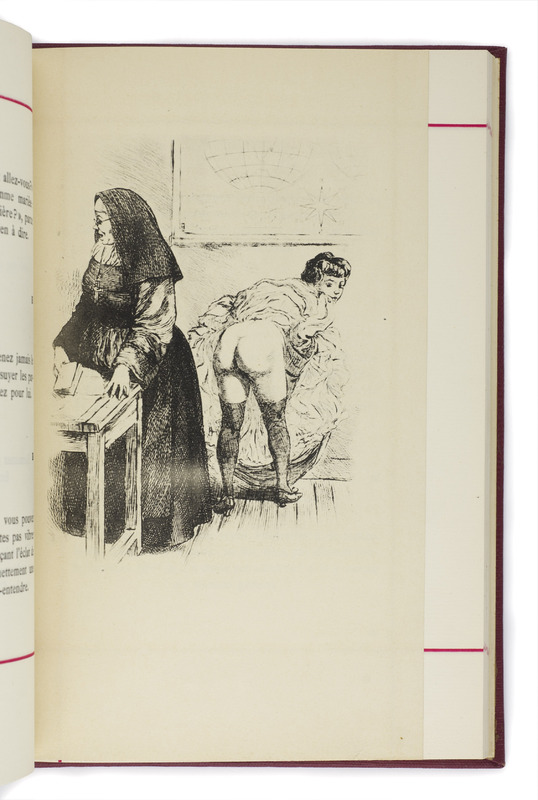 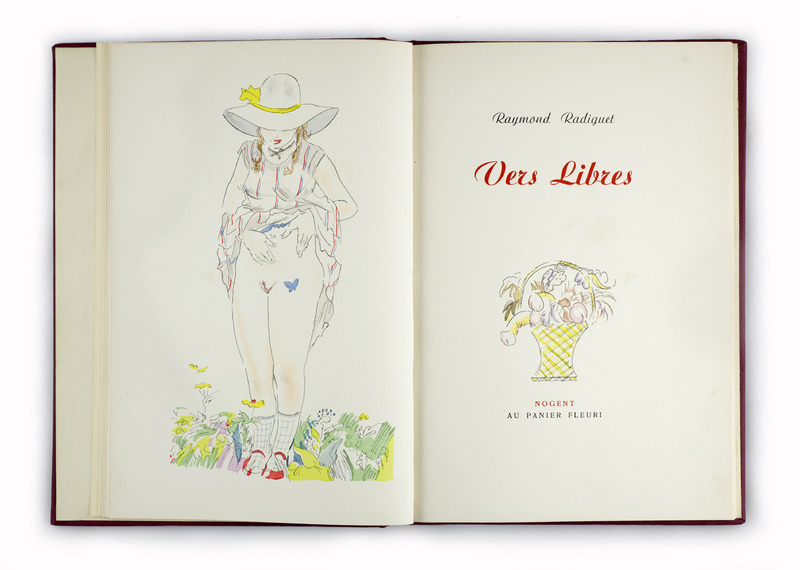 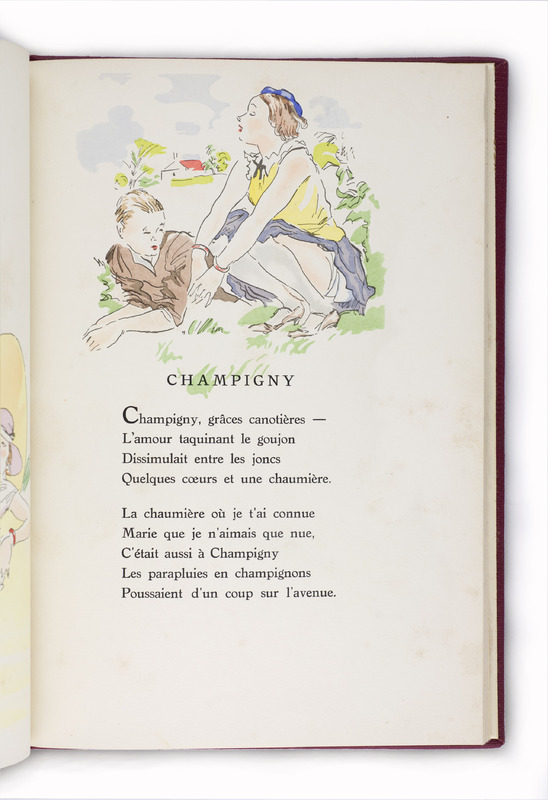 In his “free verses,” the young prodigy Raymond Radiguet (1903-23), author of the acclaimed novel Le Diable au corps [The Devil in the Flesh] (1923), often mingles innocence and inchoate sexuality. The pornographic poems depict young girls who lose their virginity, indulge in Sapphic behavior in public, or are suggestively chastised by older men. The first, posthumous edition of the collection was clandestinely published by René Bonnel, in 1926, that is, three years after Radiguet’s death. The edition exhibited here, illustrated with thirty-two lascivious drawings watercolored by Feodor Rojankovsky (better known under the pseudonym Rojan, 1891-1970), was issued sometime between 1936 and 1939. Radiguet’s authorship of the poems was contested by his family and friends, including Jean Cocteau, and the writer’s true identity remained shrouded in mystery for many years. The family acknowledged that Radiguet had indeed penned these verses only after Cocteau’s death. This volume was seized by U.S. Customs on August 2, 1951, and released to the Kinsey Institute on March 1, 1958, following the Federal Court case United States v. 31 Photographs. 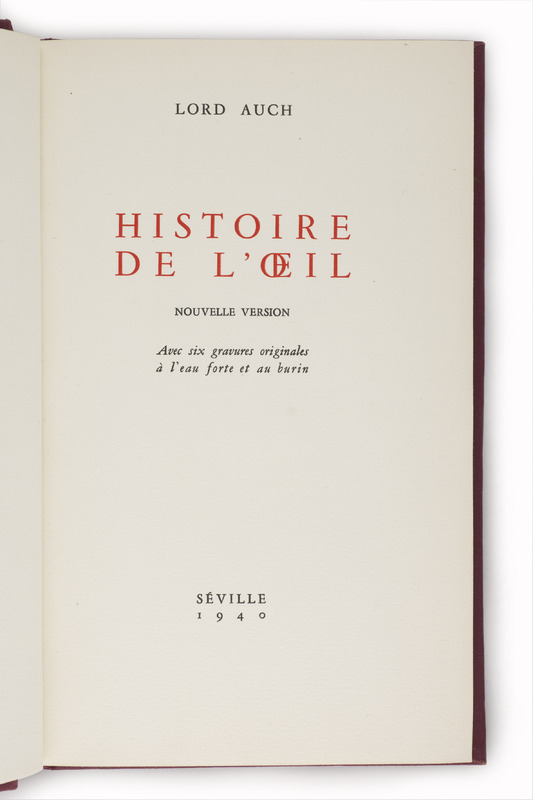 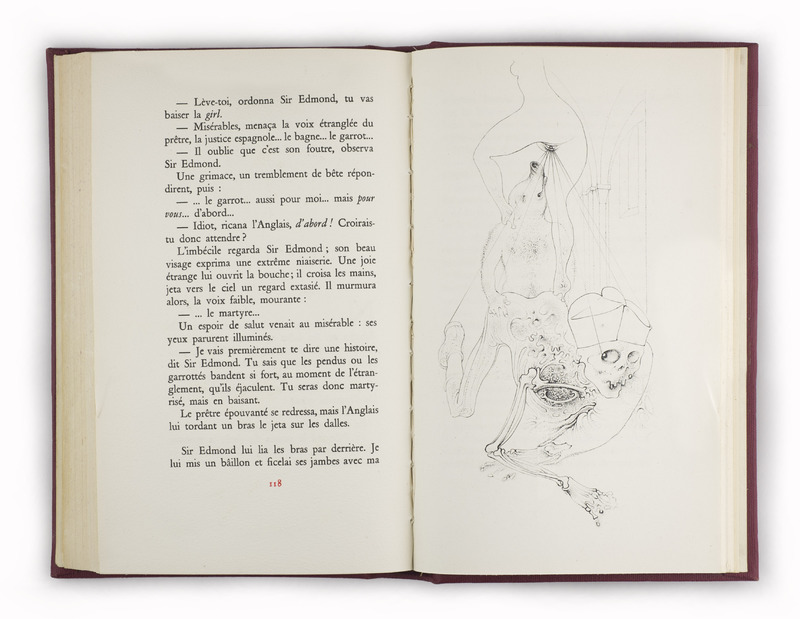 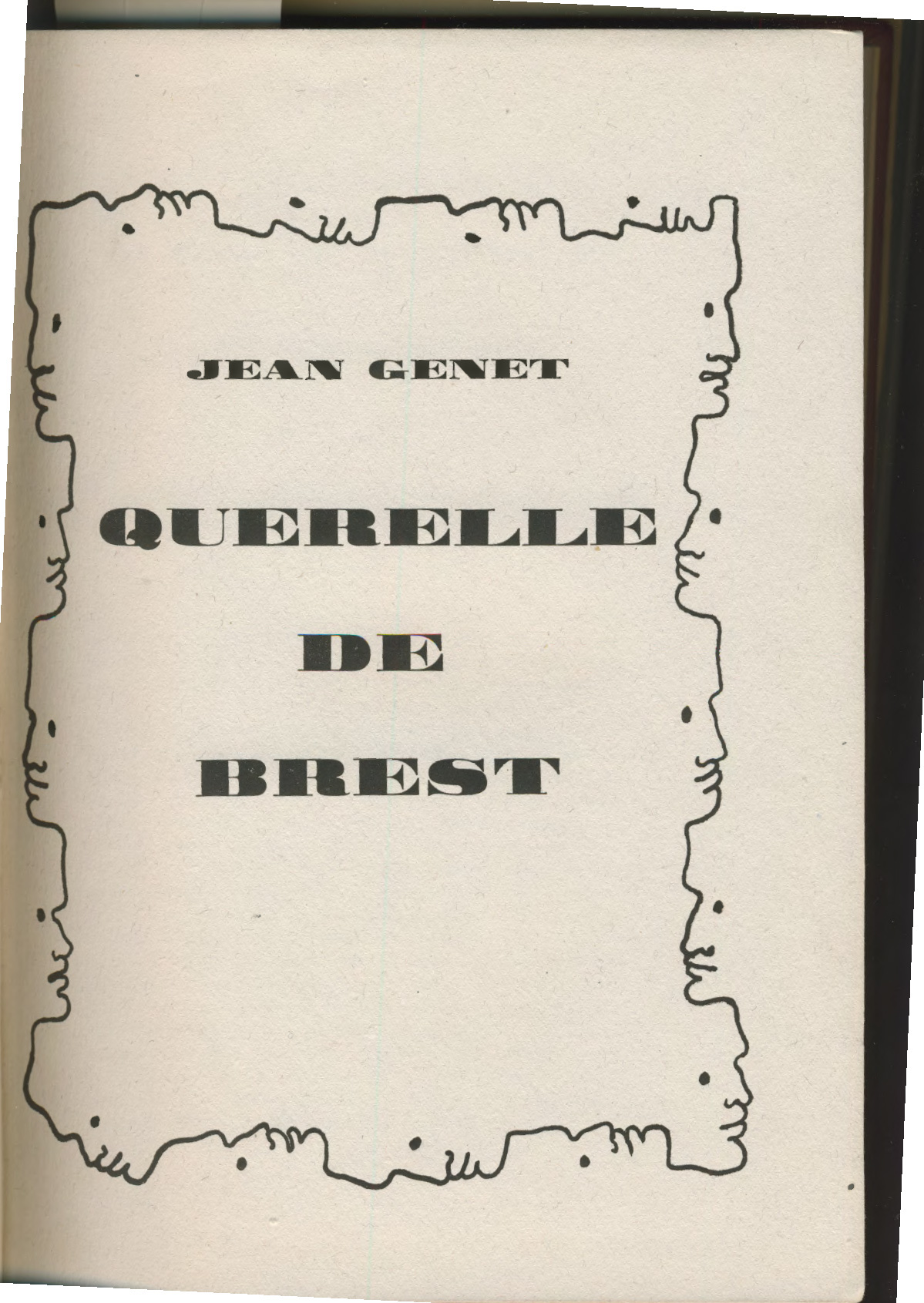 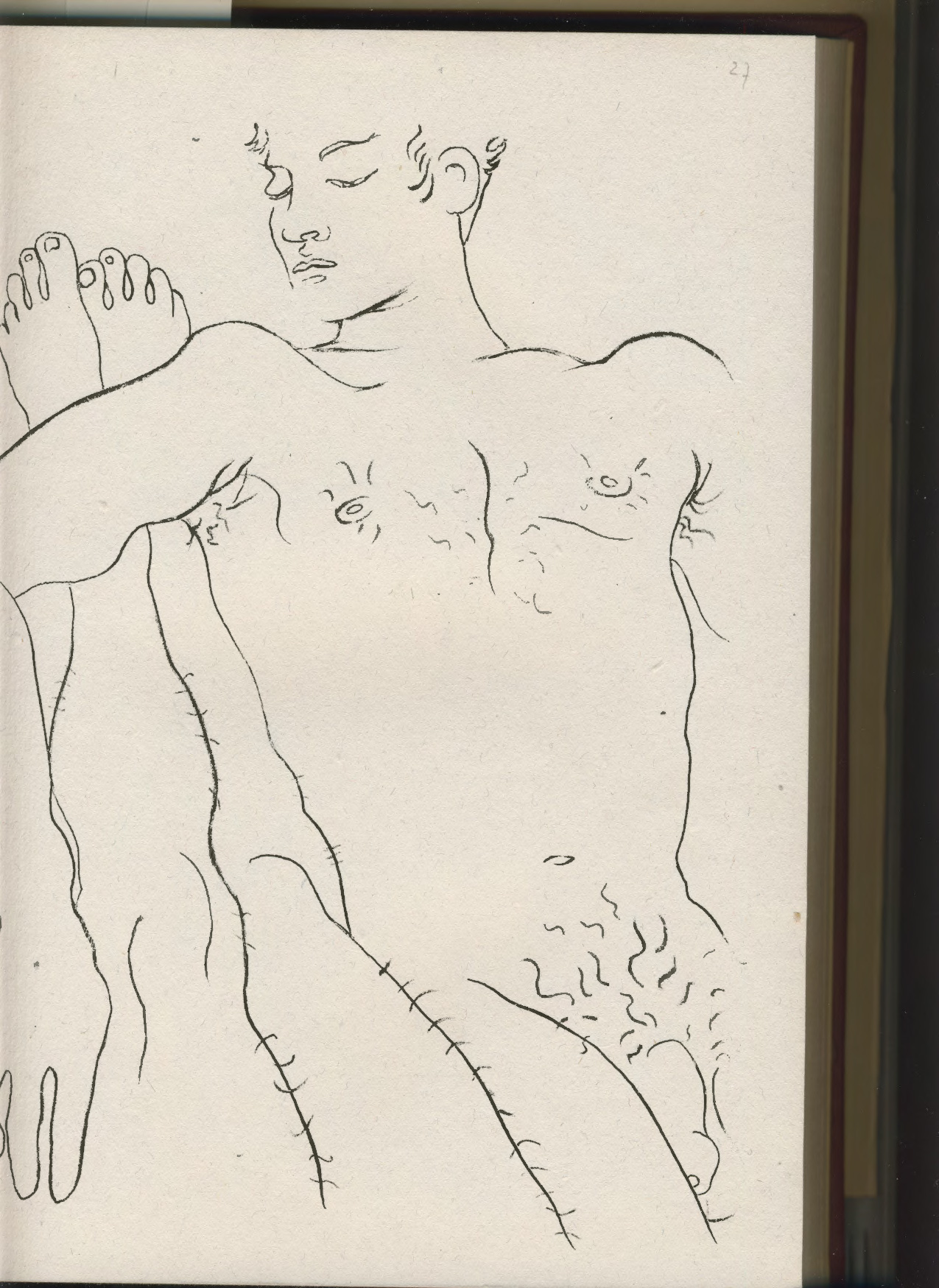 Written in 1946, the novel Querelle de Brest [Quarrel of Brest] by the transgressive French writer Jean Genet (1910-1986) presents the depraved actions of the attractive bisexual sailor, thief, traitor, drug dealer, and murderer Georges (Jo) Querelle in the port city of Brest, Britany. The first edition of the novel was clandestinely published by Paul Morihien in 525 copies (the copy No. 323 is exhibited here), illustrated with 29 explicit drawings, most of which homoerotic, by Jean Cocteau (1889-1963). The book was prosecuted for affront to public decency (“outrages aux bonnes mœurs”) by the Criminal Court of the Seine, France, on July 3, 1954, and cleared of charges on procedural grounds on April 24, 1956.