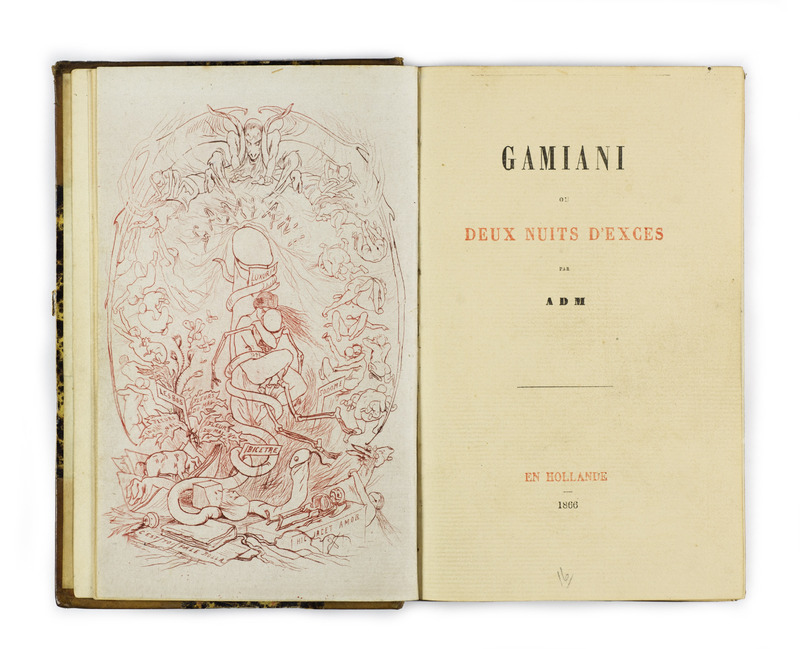 Probably the most famous French pornographic novel of the nineteenth-century, reissued more than forty times after its first publication in 1833, Gamiani, ou Deux nuits d’excès [Gamiani, or Two Nights of Excess] is commonly attributed—without conclusive evidence—to the French Romantic poet, playwright, and novelist Alfred de Musset (1810-1857). The novel recounts, over the course of two nights, the transgressive sexual experiences of Countess Gamiani, Fanny, and Alcide, including zoophilia and necrophilia. The edition exhibited here, which contains a symbolic frontispiece and four explicit illustrations by Félicien Rops, was most likely clandestinely printed for the exiled French publisher Auguste Poulet-Malassis in Brussels in 1866. 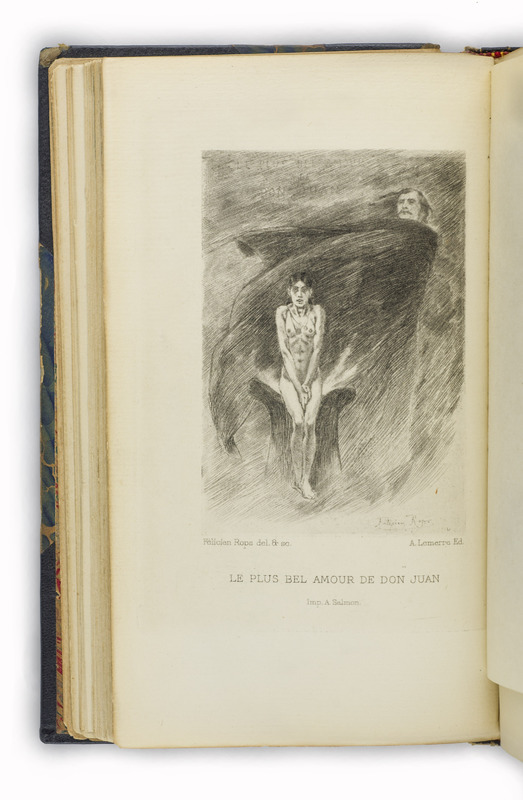