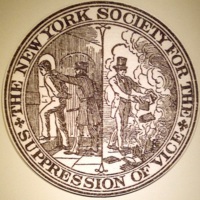 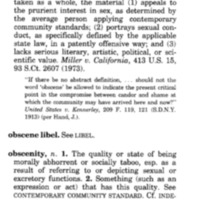 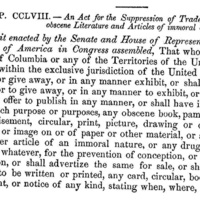 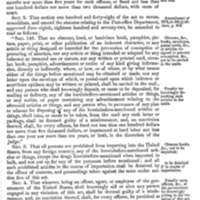 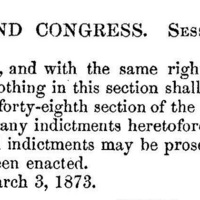 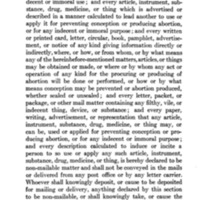 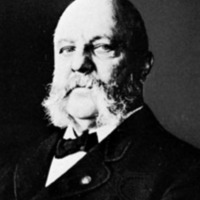 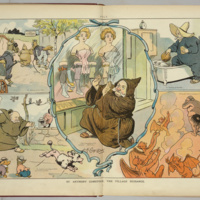 Obscenity laws that restrict the circulation of materials (mostly books, images, and films) deemed obscene—and therefore not protected by the First Amendment—have been established at the state and federal levels in the United States since the 19th century. Anthony Comstock (1844-1915), the founder of the New York Society for the Suppression of Vice, led a successful campaign to have the U.S. Congress pass the “Act for the Suppression of Trade in, and Circulation of, Obscene Literature and Articles of Immoral Use” on March 3, 1873. Known as the “Comstock Act,” it prohibited the possession and circulation of “any obscene book, pamphlet, paper, writing, advertisement, circular, print, picture, drawing or other representation, figure, or image on or of paper or other material, or any cast, instrument, or other article of an immoral nature, or any drug or medicine, or any article whatever, for the prevention of conception, or for causing unlawful abortion.” This law drew on the test for obscenity provided in the English case Regina v. Hicklin (1868): “Whether the tendency of the matter charged as obscenity is to deprave and corrupt those whose minds are open to such immoral influences, and into whose hands a publication of this sort may fall.” All materials fitting this description could therefore be subject to prosecution and destruction. The Hicklin test for obscenity remained in force in the United States until John M. Woolsey, a federal trial judge in New York, decided in United States vs. One Book Called Ulysses (1933) that “where a book is claimed to be obscene it must first be determined, whether the intent with which it was written was what is called, according to the usual phrase, pornographic.” The judge acknowledged James Joyce’s intention, in writing Ulysses, to “make a serious experiment in a new […] literary genre,” which prevented the book from being considered obscene. The recognition of the social and aesthetic merits of a work as qualities that make it immune from charges of obscenity was then confirmed in the Supreme Court case Roth v. United States (1957), when Justice William J. Brennan established a new standard for classifying materials as obscene: “Whether, to the average person, applying contemporary community standards, the dominant theme of the material, taken as a whole, appeals to prurient interest,” provided that said material is “utterly without redeeming social importance.” This new standard was tested two years later, following the publication by Grove Press of an unexpurgated edition of D.H Lawrence’s Lady Chatterley’s Lover, which was seized by the U.S. Post Office on the basis of the Comstock Act. The U.S. Court of Appeals ruled in favor of the publisher on March 26, 1960, declaring that Lady Chatterley’s Lover “is a major and a distinguished novel, and Lawrence one of the great writers of the era” (Grove Press v. Christenberry). A remarkable feature of the new test for obscenity—and all its progeny—is that it requires a judge or jury to decide on the literary or artistic merits of a work, and therefore to play the role of a literary or art critic. In general, the judgment of obscenity remained eminently subjective, as evidenced by Justice Potter Stewart’s famous statement about “hard-core pornography” in Jacobellis v. Ohio in 1964: “I know it when I see it.” The test of “redeeming social value” sufficient to clear a work from charges of obscenity was confirmed in Memoirs v. Massachusetts in 1966, when Justice William O. Douglas concluded that John Cleland’s Fanny Hill “cannot be held to be obscene in view of substantial evidence showing that it has literary, historical, and social importance.” The standard of minimal social value established in Roth v. United States, according to which virtually no materials could be deemed obscene, was then revised in Miller v. California in 1973: “Whether the work as a whole lacks serious literary, artistic, political, or scientific value” (our emphasis). This revised standard is part of the three-prong test that is still used today in the United States to determine whether materials are legally obscene: “If, taken as a whole the material (1) appeals to the prurient interest in sex, as determined by the average person applying contemporary community standards; (2) portrays sexual conduct, as specifically defined by the applicable state law, in a patently offensive way; and (3) lacks serious literary, artistic, political, or scientific value” (Black’s Law Dictionary, 10th edition, 2014).