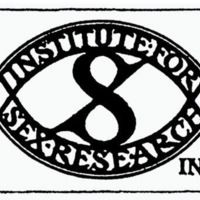 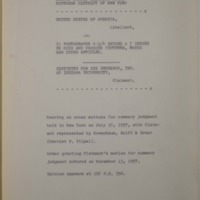 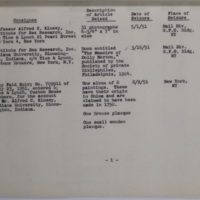 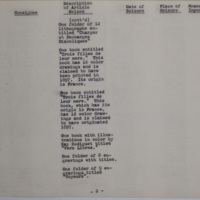 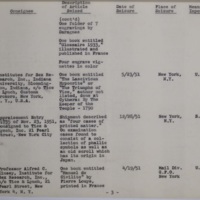 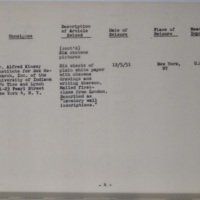 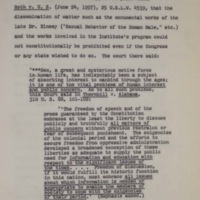 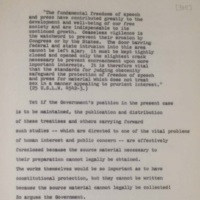 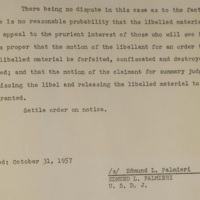 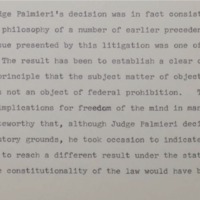 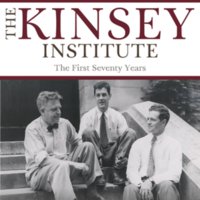 The Kinsey Institute, then called the Institute for Sex Research, began having trouble with customs as early as 1947, the same year it was founded. At issue was the “Smoot-Hawley” Tariff act (1930), which prohibited the importation of any “obscene” or “immoral” material. When the customs office in Indianapolis first seized materials intended for the Institute’s “sex library,” Alfred C. Kinsey and his colleagues initially worked out an agreement with one Indianapolis official, who would ignore shipments directed to the Institute. Because it was so informal, however, Kinsey’s lawyers tried to get an “administrative exception” from the Customs Bureau in Washington, on the grounds that there is an exemption in the Tariff act for works of scientific or literary merit. Washington procrastinated for years before formally denying the request.

The Institute was thus forced to take the case to court, an expensive and time consuming process. With the cooperation of the prosecutors for the Southern District of New York, and the New York Customs officials, Kinsey’s lawyers set up a “test case” designed to determine whether it was legal for scholars and researchers to import materials that would be considered obscene in other contexts. For the case, Kinsey purposefully ordered the most openly erotic books and photographs he could find. In addition to the 31 photographs for which the case was named, there were Raymond Radiguet's Vers Libres (1926), Eugène-Modeste-Edmond Lepoittevin’s  Charges et Décharges Diaboliques (1830) Pierre Louÿs' Manuel de Civilité (1917), The Memoirs of Dolly Morton (1899), (all included in this exhibition), as well as some “lavatory wall inscriptions” from London, six Chinese paintings and several other plaques and engravings.

The case, officially known as United States of America v. 31 Photographs 4-3/4 by 7 Inches in Size and Various Pictures Books and Other Articlesdidn’t reach the court until July of 1957, nearly a year after Kinsey’s death, which meant that he never got to celebrate the landmark decision that codified in law the “principle that the subject matter of objective scholarly inquiry is not an object of federal prohibition” (Harriet Pilpel).

On October 31, 1957, Judge Edmund L. Palmieri ruled that the materials were not, by definition, “obscene” if they were in the hands of scientific researchers. Just as a naked body is not obscene in a medical textbook but would be if “wantonly exposed in the open market,” pornography is not obscene in the hands of a scientist. Although the Judge cited many other cases as precedent for his ruling, it was truly groundbreaking, and an undeniable victory for the Kinsey Institute and for sex researchers more broadly. It not only protected the library, archive, and artifact collections, it protected all of the interviews and data collected by Kinsey and his colleagues. The security of the data and the library was a large part of why the Institute had been founded in the first place, and with the 1957 ruling that goal was achieved.