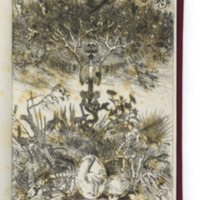 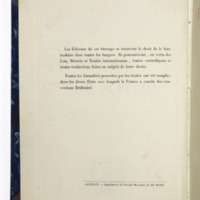 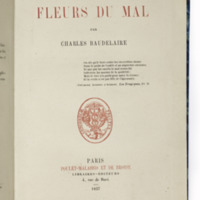 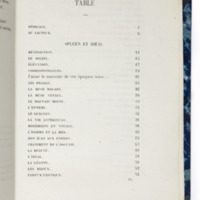 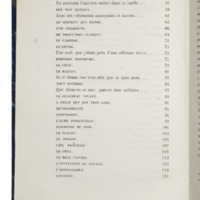 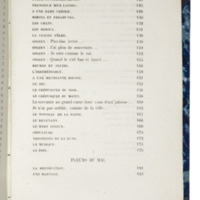 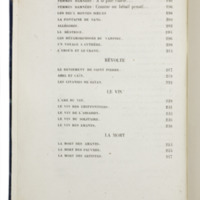 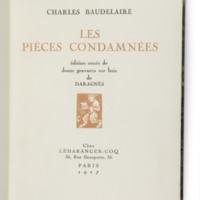 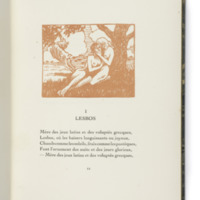 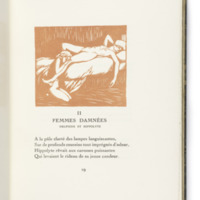 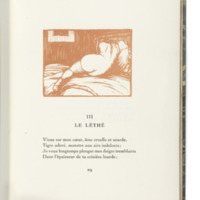 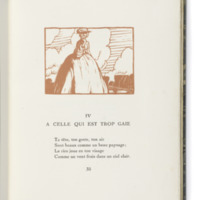 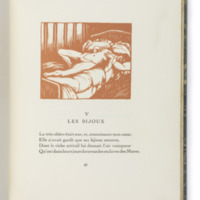 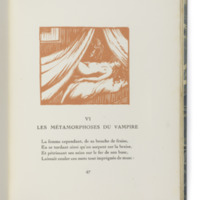 Currently the most revered and studied collection of French lyric poetry, Les Fleurs du Mal [The Flowers of Evil] by Charles Baudelaire (1821-67) was the subject of one of the most famous literary trials in France. On August 20, 1857, a few weeks after publication of the collection by Poulet-Malassis, six poems from Les Fleurs du Mal were indicted by the Tribunal correctionnel [criminal court] of the Seine for affront to public decency (“outrage à la morale publique”) because of their alleged “crude realism”: “Les Bijoux” [The Jewels], “Le Léthé”, “Femmes damnées” [Damned Women], “Les Métamorphoses d’un vampire,” “À celle qui est trop gaie” [To a Woman too Gay], and “Lesbos” (the last two reproduced here with translations by Samuel N. Rosenberg). These erotic, sometimes lesbian poems were then excluded from all regular editions of Les Fleurs du Mal until the rehabilitation of Baudelaire and his collection by the Cour de cassation [court of appeals] in 1949. The condemned poems nevertheless continued to be widely circulated through clandestine and often illustrated editions, including Le Parnasse satyrique (1864), Les Épaves [The Wrecks] with a frontispiece by Félicien Rops (1866), Les Pièces condamnées [Condemned Pieces] with woodcuts by Jean Gabriel Daragnès (1917), all exhibited here.

Documents on the trial of Les Fleurs du Mal: https://fr.wikisource.org/wiki/Documents_sur_le_proc%C3%A8s_des_Fleurs_du_mal